"As I sit here tonight, I do so with a mix of emotions. Everything from selfishly profound sadness to relief tinged understanding, but by far I feel the very same emotion that Daniel Bryan feels tonight and that is Gratitude. Gratitude that for the better part of my 16 year career I have had the pleasure of both working with, and more importantly knowing Daniel Bryan.

To any who have been lucky enough to share a locker room with him all would agree that at every stage of his career Bryan held an amazing level of respect. A respect bred not only for his technical mastery but also his unquenchable passion for wrestling. A passion that would literally carry him around the world several times over both in and out WWE ring and into every venue imaginable. No matter if it was a Stadium, a dome, a dilapidated industrial warehouse, a gas station parking lot, local VF hall or masonic lodge he never took a night off and he never gave anything less than his very best.

To speak of Bryan personally is to speak of the overwhelmingly positive aura that surrounds him at all times. His uncanny ability to have ridiculously deep and insanely entertaining conversations out of the most mundane subjects. Above and beyond all those things to speak of Bryan personally is to speak of his utter selflessness and willingness to do that much more work in order make things the very best not only only for him, but for all those around him. That is by far the trait I admire the most, because not only is it rare in the realms of "Sport Entertainment", it is a treasured quality in the broader spectrum of modern society.

So tonight Daniel Bryan I tip a glass of the finest organic locally sourced superfood juice to you. To the battles we waged, to the laughter shared, to the Dojo's stories, to shared hotel hi jinx, to the GB5 crew (it's an inside thing), and most importantly to your future. Though you may not realize it today somewhere in the world a young man or woman is endlessly obsessing over videos displaying your body of work. They are studying your every technique much like yourself while you studied the masters of our past, but most important of all they are filled with uncontainable optimism at the path you paved for them.

My greatest wish for you is that though it may seem unimaginable, I truly hope you find as much love and passions in the next phase of your life as you have had for wrestling, because I know for a fact whatever endeavor is fortunate enough to have your attentions will prosper endlessly because of you.

See you down the road." 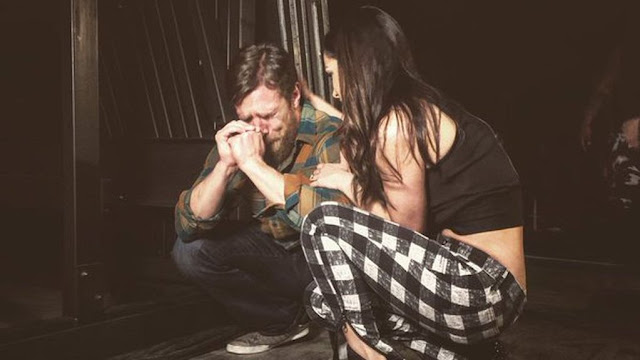